Rising with a Bullet: THE CURE I Will Follow; "so long as you kiss me and the world around us shatters...how little we know"

Passport Approved Moments: The four-hour PA extravaganza to kick off MusExpo! Great work, guys. Band after band after band, what a great show!

Dead Air Moments: Re-issue of the Week: It's the night of instrumentals on Dead Air; SECTION QUARTET London Calling!; QUASI Peace & Love; BE YOUR OWN PET Girls on TV; STARLIGHT MINTS What's Inside of Me; TOM VERLAINE Meteor Beach (instrumental); GIRLS IN HAWAII in studio; THE SERVICEMEN I'll Stop Loving You

Check One Two Moments: 8 BIT WEAPON Bombs Away is pretty trippy, made from the sounds from 8-bit computers and videogames; LOS ABANDONED Panic-Oh!; UNDER THE INFLUENCE OF GIANTS Beautiful; COLD WAR KIDS Hang Me Up to Dry; NICO VEGA Taxi Cab; LITTLE RADIO Colored Shadows; THE HOLOGRAMS Are You Ready for It?; NICO VEGA Taxi Cab; JETLINER in studio. On Coachella weekend, this episode was repeated.

Commercials of note: Between Chuck P's wine connaisseur and other assorted gems, TK's real state-of-the-art connections, and Jonesy's new ones, it's a tough call for best one.

Phrase/word of the Week: Indie Does Coachella!!

Hot Bands: All of the Indie bands that are playing Coachella; LOS ABANDONED; THE DUKE SPIRIT; LADYTRON

Songs I STILL can't get enough of: OASIS Don't Look Back in Anger

Glorious Indie Moments: Monday is Mr. Shovel Day (between Check One Two at 10pm Sunday night, to the morning show--from 6 am to 10 am, then Jonesy's Jukebox from noon to 2 pm), it's almost like 24 hours of Shovel. Is that heaven, or what?; so, I'm listening and suddenly hear Joe Jackson, performing live. A bootleg, played by a guest from the band Atmosphere. So bloody cool. This is why Indie is the coolest station around.; Interesting how the Indie airwaves are filled post-Coachella with all the Indie bands that played!!!!!!
Loving ALL of Indie's shows, especially the guys they've been having in the morning!
Top

how am I ever going to find out what all the popular people are listening to now?
-tom

~"Let there be no conflict in America, if you bother me, I whup yo' ass."~Charles Barkley
Top

Popular?? You do fine all on your own, Tom....I wouldn't say popular...How about lonely..self absorbed pretentious asshole instead???
Gidge 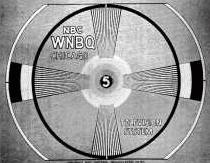 ~"Let there be no conflict in America, if you bother me, I whup yo' ass."~Charles Barkley
Top

Yup...but he says she's gone and I believe him.....and with her goes the mind numbing lists.....yahooie!
Gidge

i really miss my favorite part

You fink she ever listened to it REALLY???
i mean... it is a girl DJ and we all know she works that sex angle thing (shovel, chuck, etc...)

ahahahahhahaha
12 bellz... YOU DO UNDERSTAND??!!
Top

ahahahaha
indie employees to stalk
cakes to bake
etc..
i got it!!

I know for a fact that she pulled a lot of those songs right off of Yes.com.
There were a few songs on her list that were played during commercials.
Yes.com doesn't know the difference between songs played in ads and songs actually played by the DJ. There was a commercial running on Jonesy for the Mark Knoffler/Emmy Lou Harris show that played the song "Red Dirt Girl" a couple weeks ago. Yes.com was listing that the song was being played 2-3 times during Jonesy's Jukebox all week. Same with "Telescope Eyes" by Eisley .
I'm in shape! Round is a shape!
Top

Technically, I suppose she did....but I am sure that it is not how she meant it.....good catch there, Robert.....
Gidge

Thanks, Gidge. Of course, the down side is that I had to admit that I look at Yes.com too.

I'm in shape! Round is a shape!
Top

I don't think that there is anything wrong with using that program as a reference....ya know...ooooo what WAS that song? Let me look it up....but I do think that it's stupid to use that to post a weekly list and state that you listen to EVERY song that is played closely enough to LIST it.....if she had said that her list was assisted by Yes dot whatever it wouldn't have been so bad....